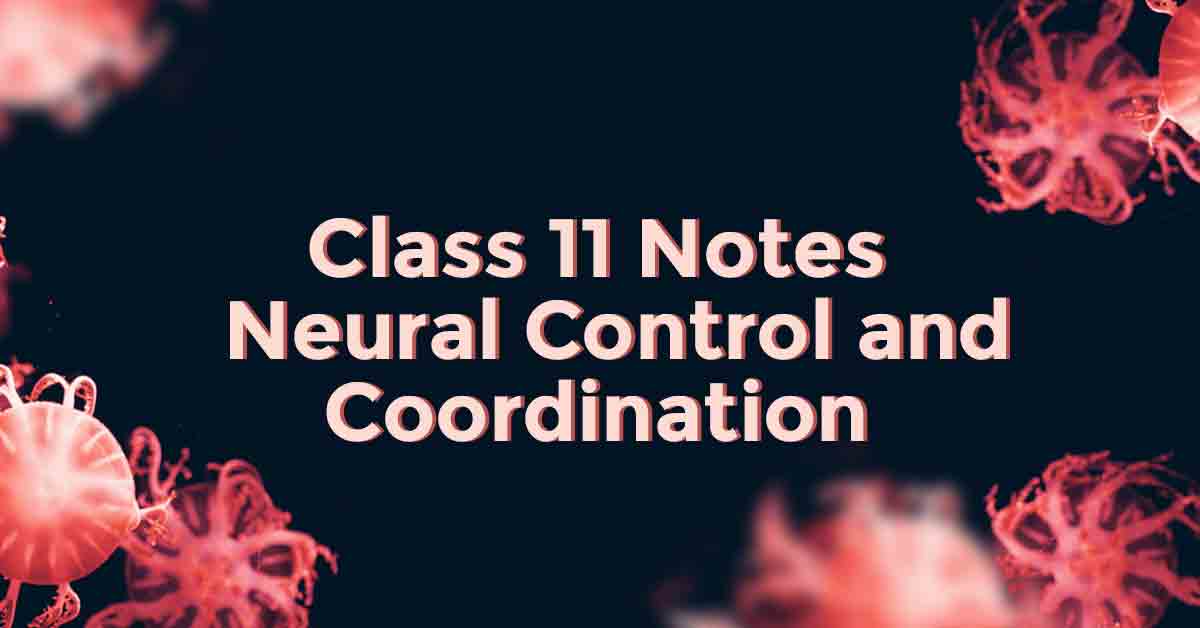 Neural Control and Coordination Class 11 Notes are cumulated by our panel of highly experienced teachers to provide the students with effective exam preparation. The pdf includes the summary of the chapter, important points to remember and detailed explanation of important concepts and derivations for better understanding and retaining of the chapter. Going through these Neural Control and Coordination Class 11 Notes would easily help students to grasp challenging concepts which would ultimately lead them to score maximum marks in their exams.

(a) In all the vertebrates including man, CNS is dorsal, hollow and non-ganglionated while in invertebrates when present, it is ventral, solid and ganglionated.

(b) CNS is formed of two parts:

Brain – Upper and broader part lying in the head; and

(a) It is formed of long, thin, whitish threads called nerves which extend between CNS and body parts (muscles, glands and sense organs).

(b) It controls the voluntary functions of the body.

(c) It has cranial and spinal nerves.

(b) It is again formed of two systems: sympathetic and para-sympathetic nervous system which has opposing functions.

Learn more about it in Neural Control and Coordination Class 11 Notes pdf. 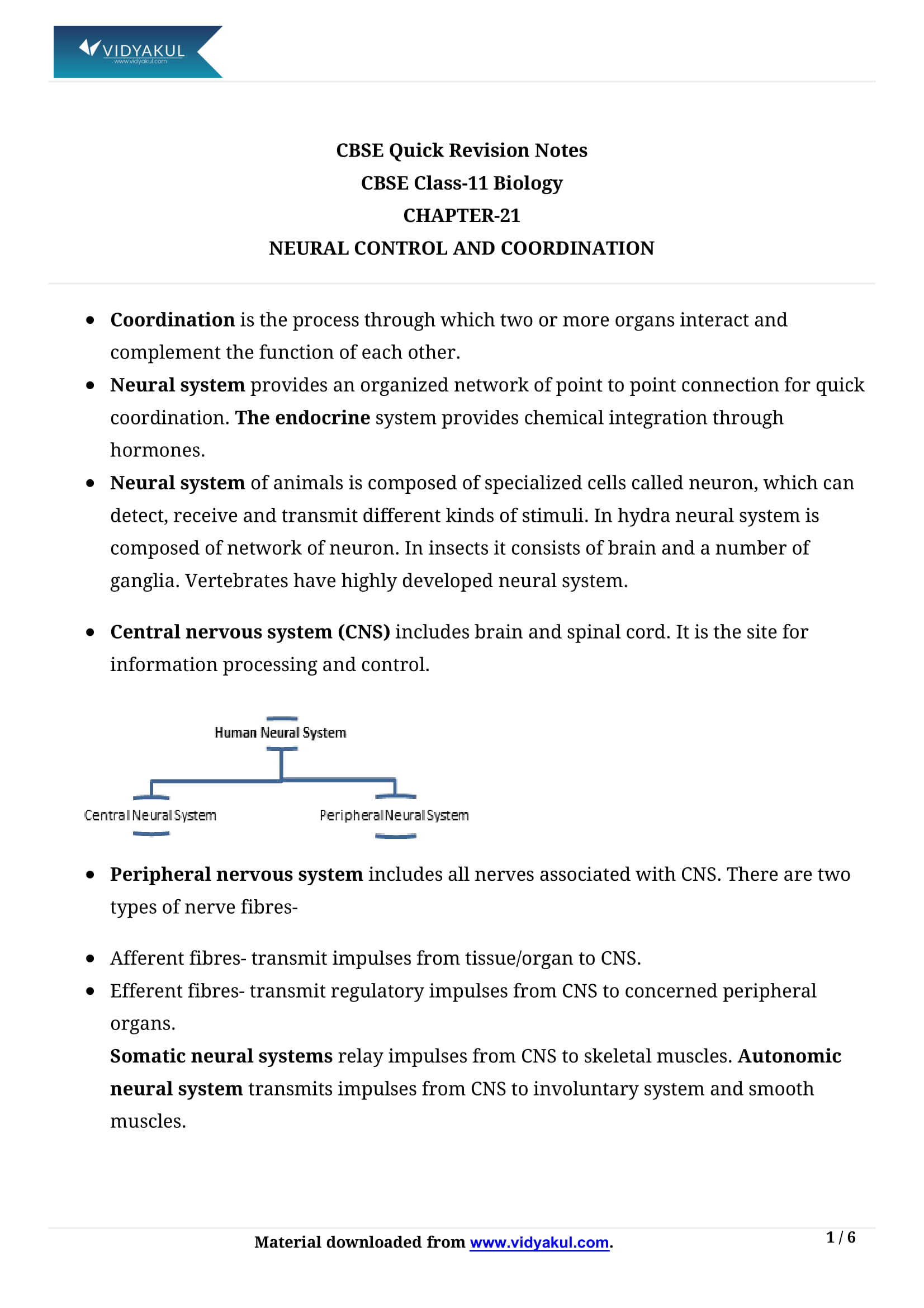 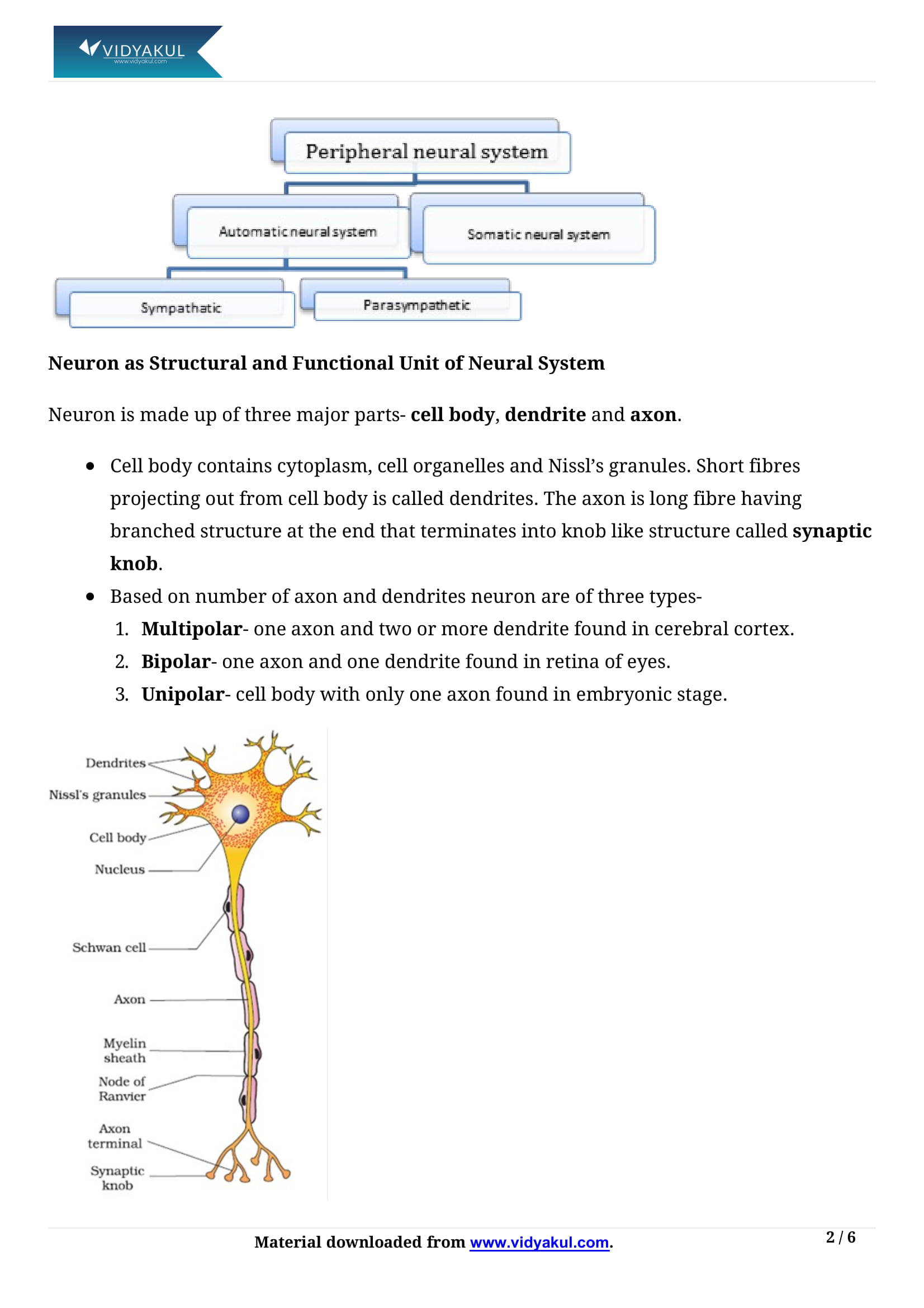 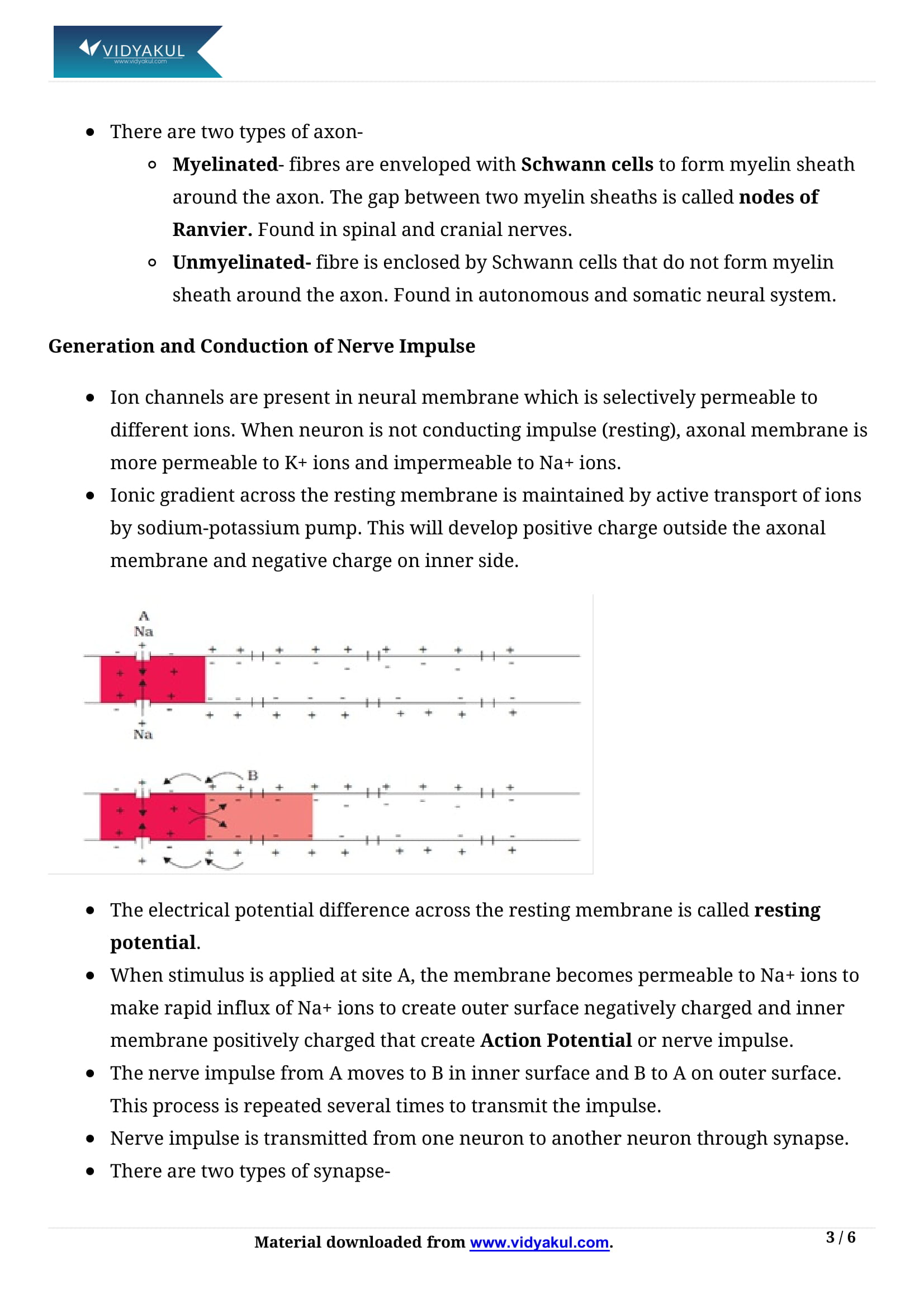 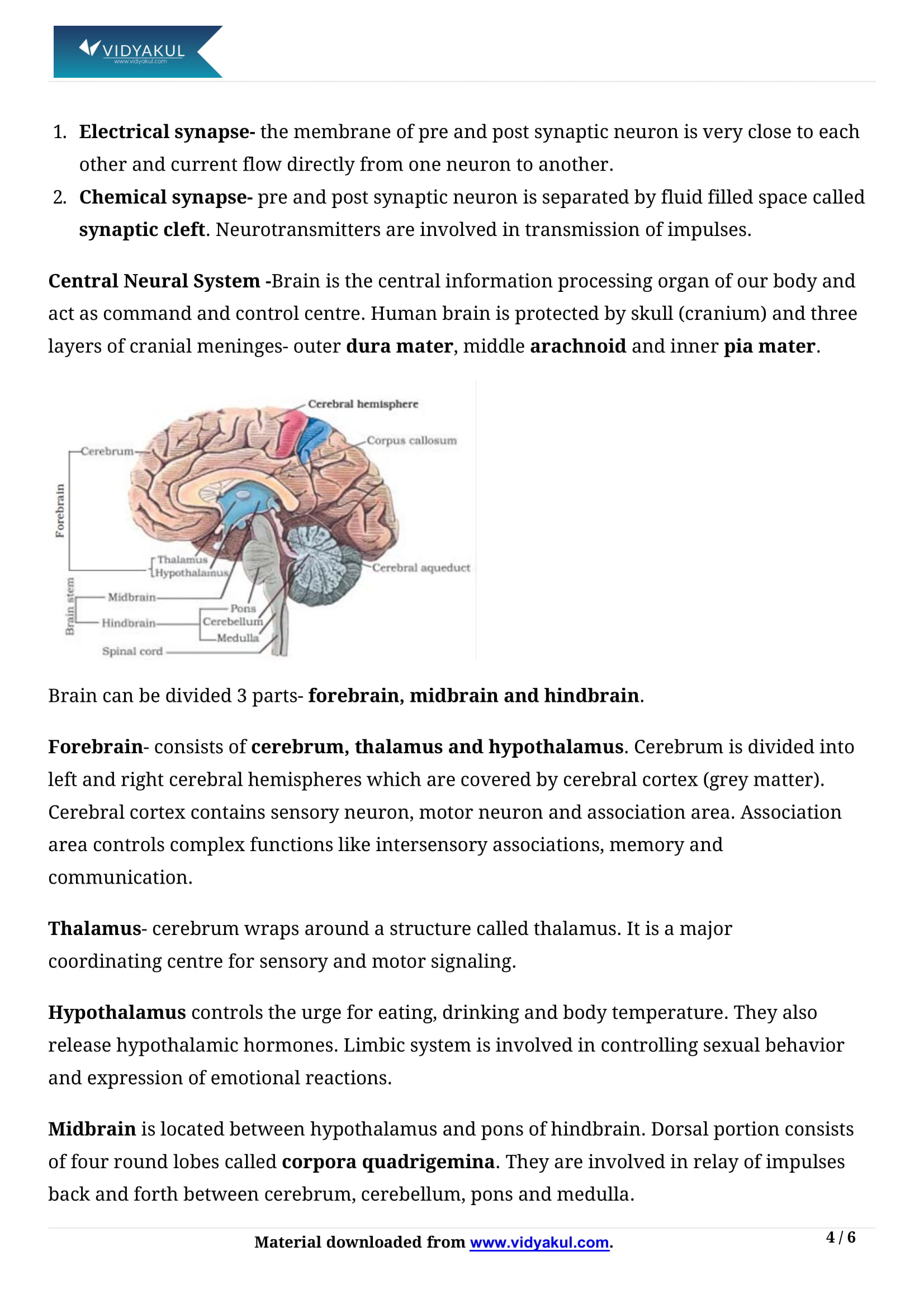 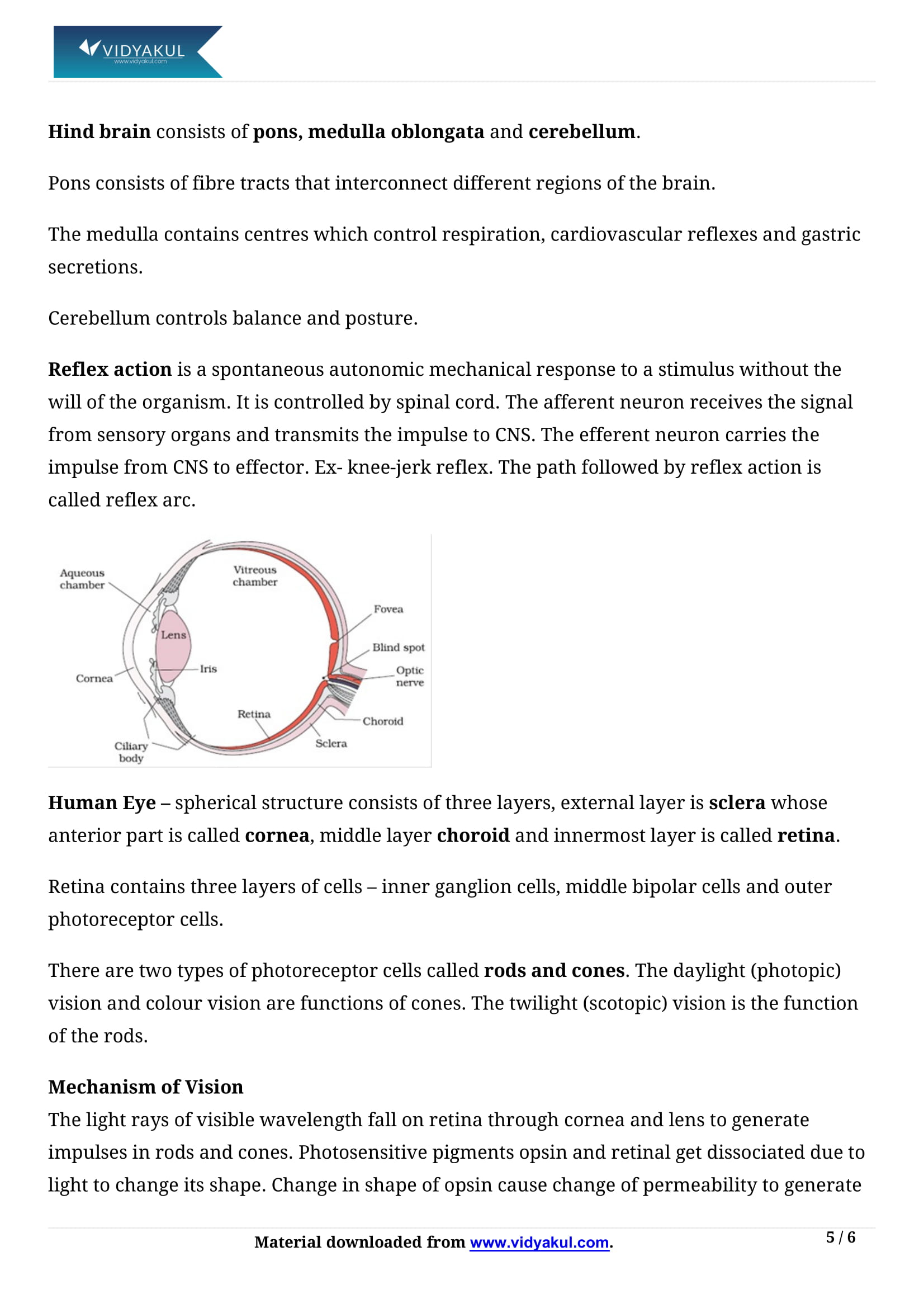 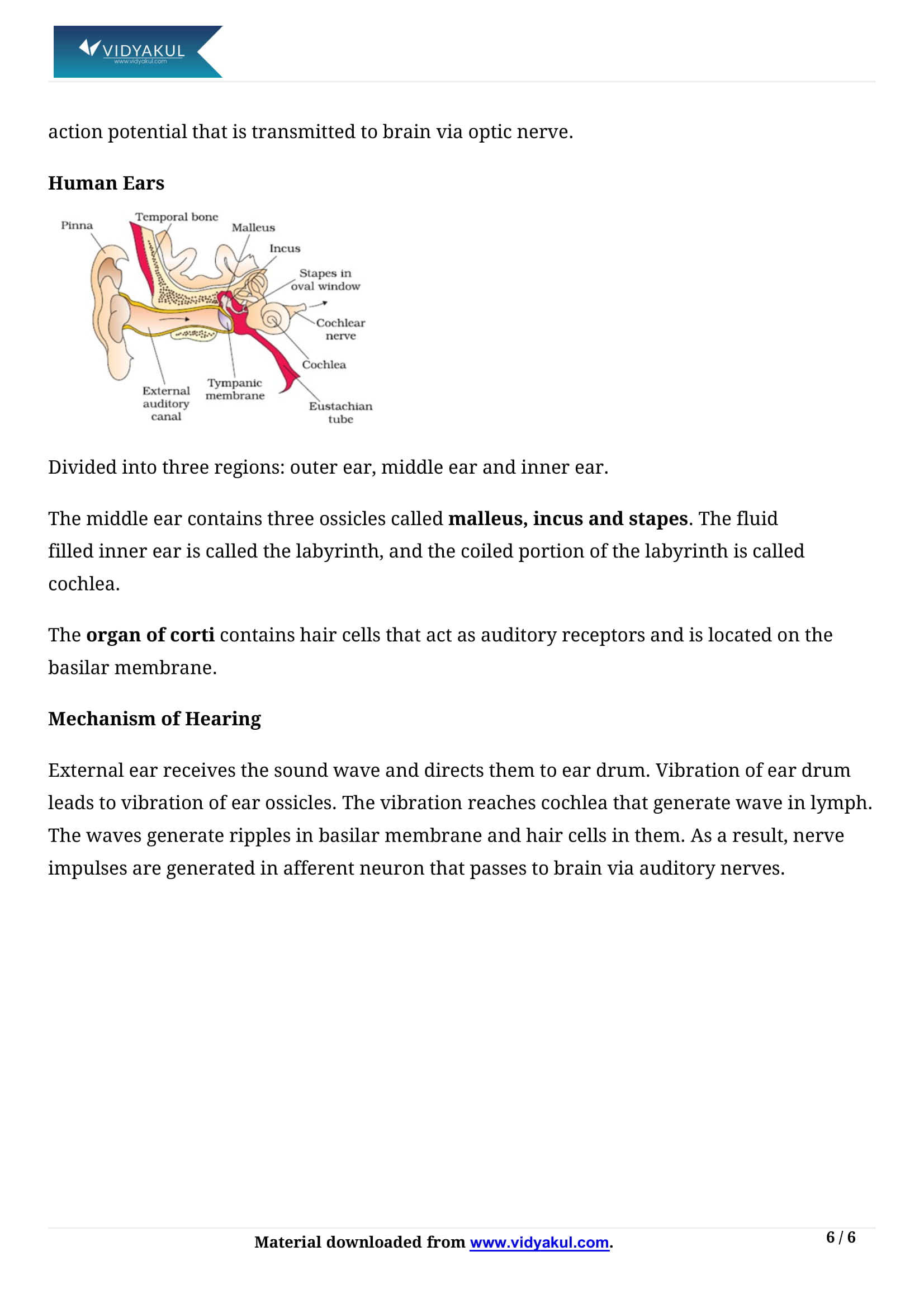 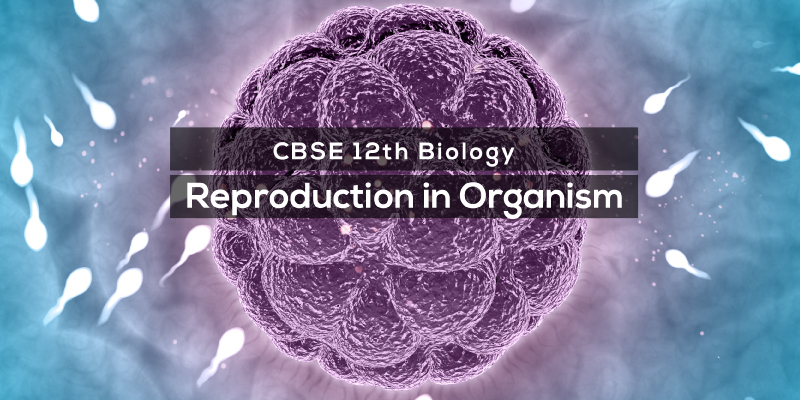 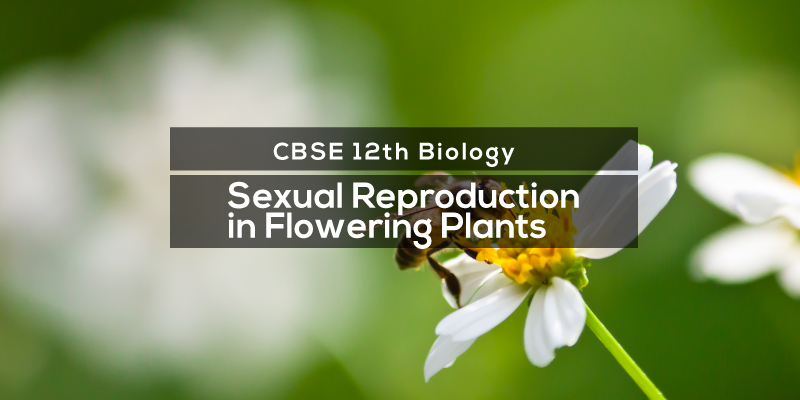 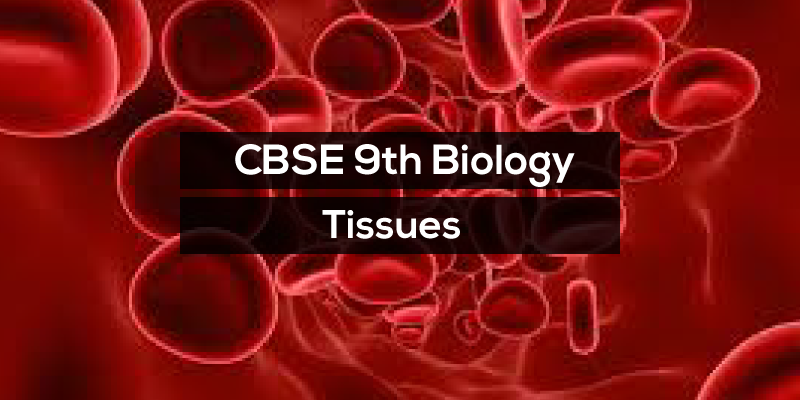 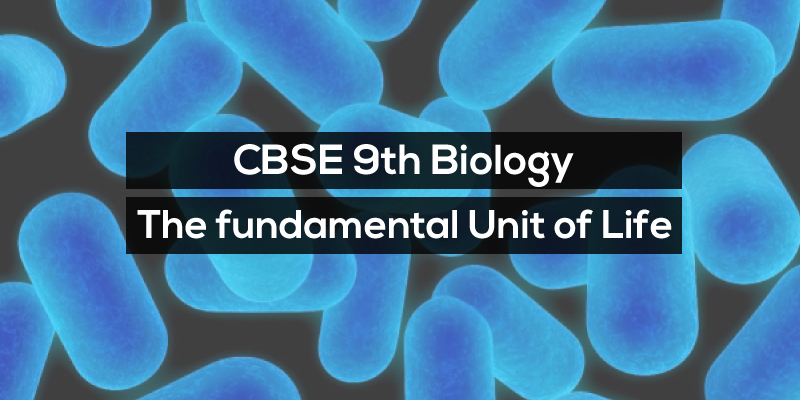 The fundamental unit of life 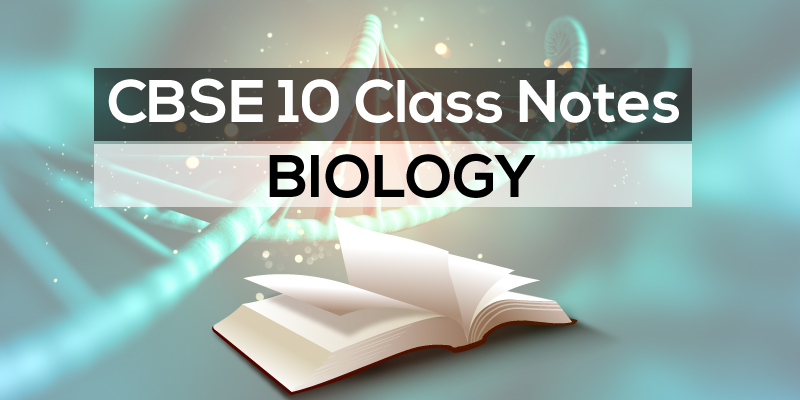 Please provide the Phone Number you used when you signed up for your vidyakul account.
We will send you an OTP (One Time Password) to reset your password.

OTP has been sent to you on your mobile number. Please enter it below.